Moroccan architecture is rich, alluring, and as varied as the landscape of the country itself. Its long history of indigenous Berber people and a series of foreign invaders as well as religious and cultural influences have shaped the countries architectural styles. The architecture can range from ornate with bold with colors to simple, clean lines with earth tones. Morocco’s architecture has been described as exotic, majestic, eclectic, contemporary and traditional a true mix.

Influences from the Arab world, Spain, Portugal and France are still can be seen in Moroccan architecture, both on their own and blended with Berber and Islamic styles. Among the buildings, and old Kasbah walls, sit French style-towns left behind by colonization and intersect with intricately detailed mosques and riad-style homes. Still, sleek, modern designs are being constructed in cities like Rabat and Casablanca that give no particular homage to any of the past Moroccan architecture styles.

Some distinctive features of Moroccan architecture include geometric patterns and bright colors, most notably in the tiles known as zelij; ornamental Islamic calligraphy, open court yards with lush gardens; and U-shaped entries and large domes. Travelers most often note the finest architecture in the country would be found in Fes and Marrakesh, especially at the mosques with the imposing minarets, elaborate madrassas and palaces. A few places to take in the best examples of Moroccan architecture in these cities include El Bahia Palace and the Koutoubia Mosque in Marrakesh, Nejjarine Square, Saadian Tombs and Andalous Mosque in Fes. The Museum of Moroccan Arts in Fes is also highly recommended, as much for the building as for the exhibits themselves. 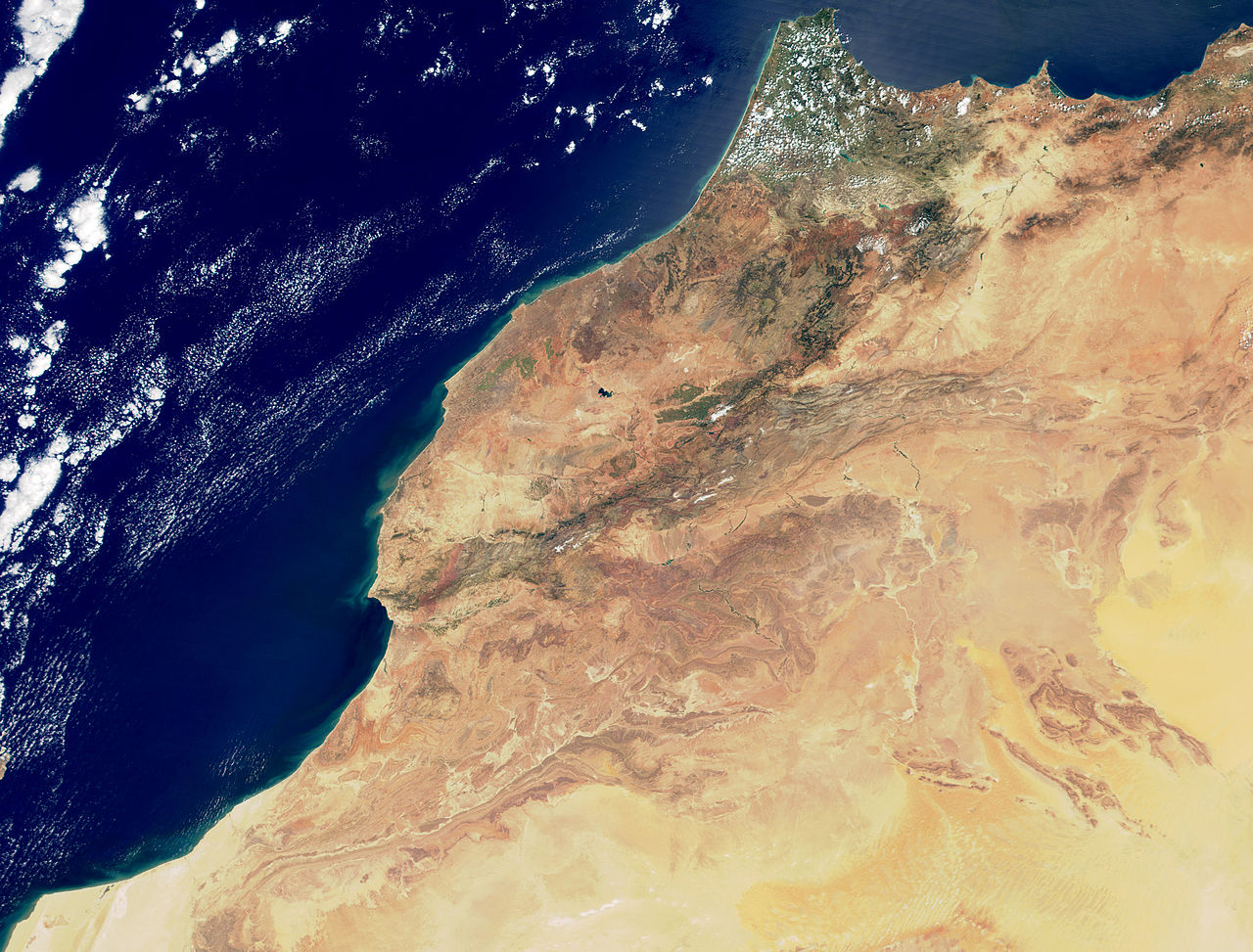 Morocco is a country located in Northern Africa along the Atlantic Ocean and the Mediterranean Sea. It is officially called the Kingdom of Morocco and is known for its long history, rich culture, and diverse cuisine. Morocco’s capital city is Rabat but its largest city is Casablanca.