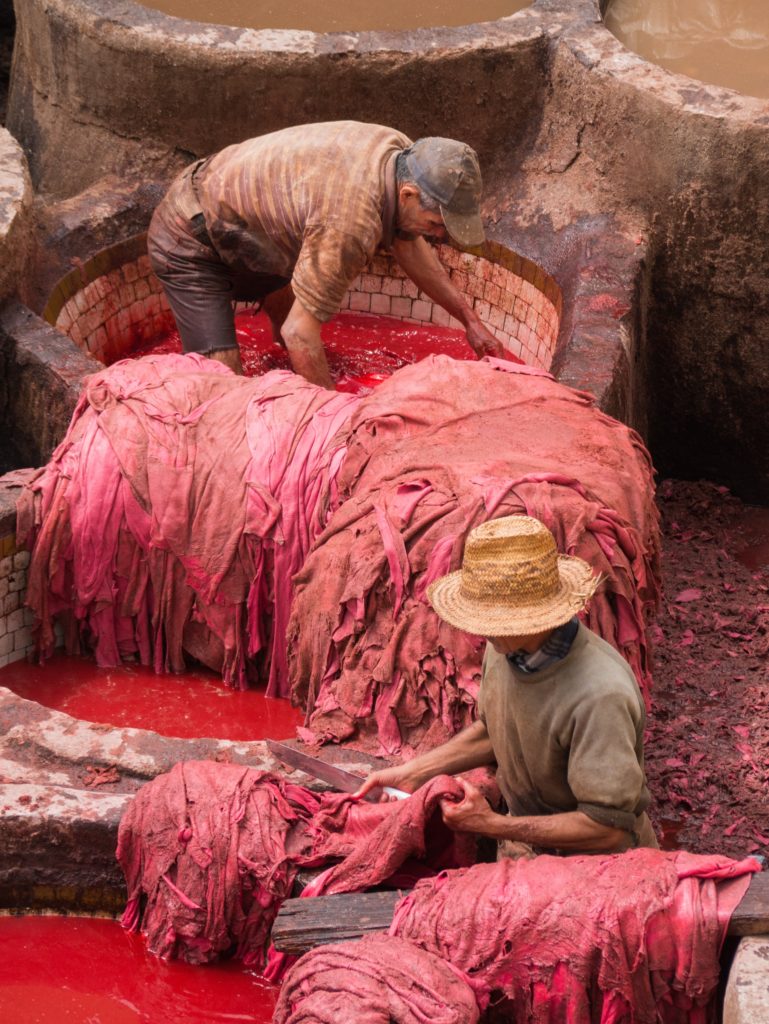 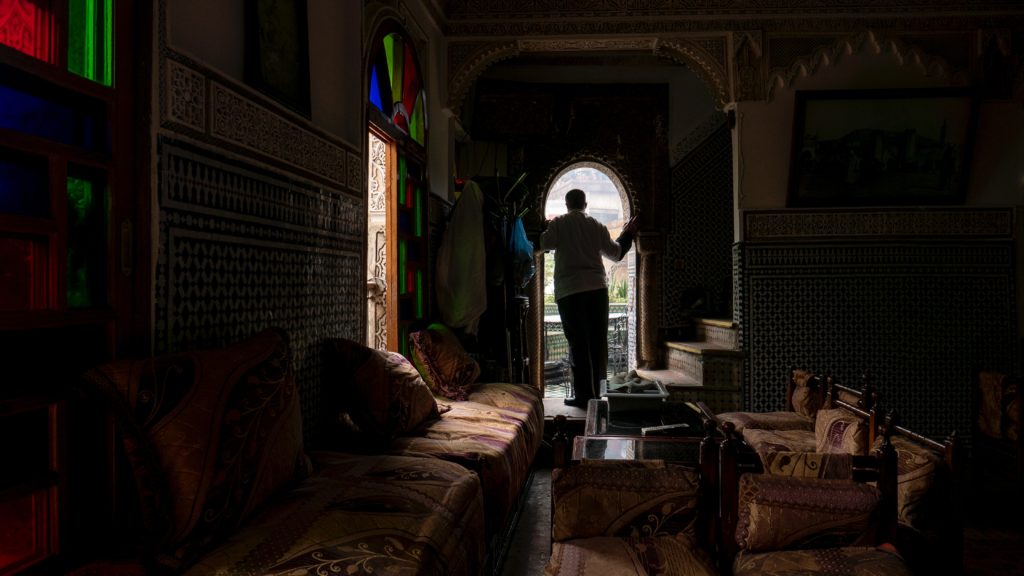 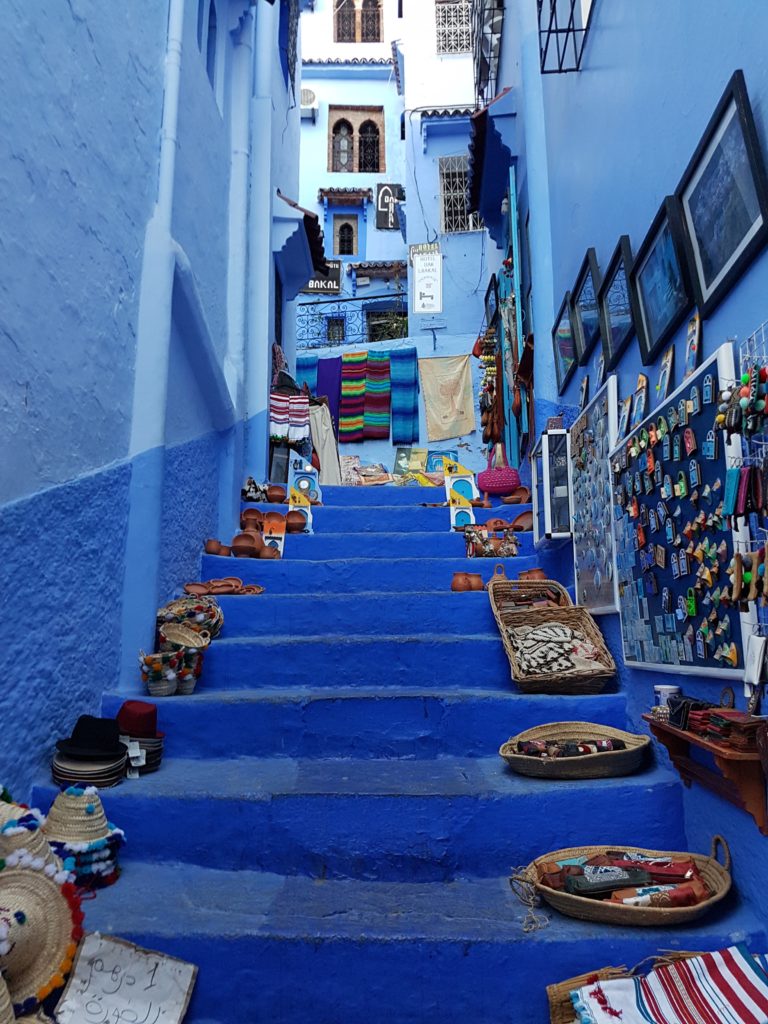 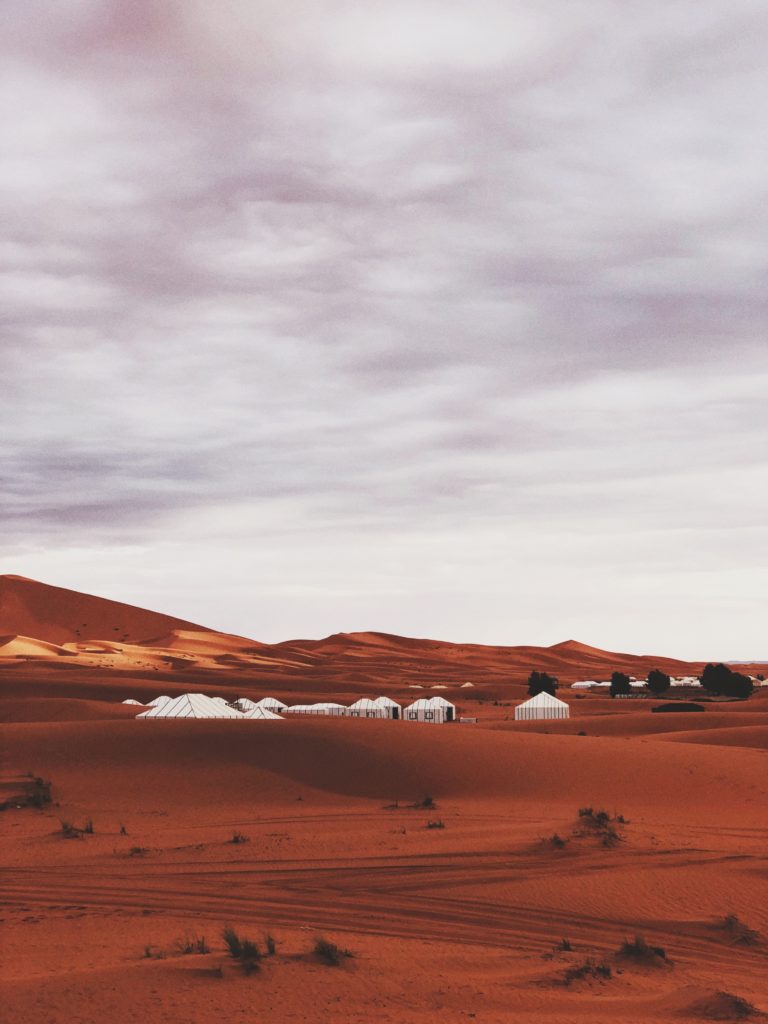 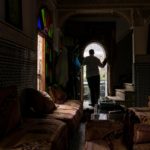 casablanca Upon arrival in Casablanca, the economic capital of Morocco, you will be met and transferred by our car to your Casablanca hotel. Depending on arrival time, you will visit the city, including an optional visit to the Hassan II, one of the world’s biggest mosques. Dinner and overnight will be in your hotel.

After breakfast at your hotel in Casablanca, you will meet our driver/guide, to start a small tour with to visit Casablanca before the depart towards Rabat the capital politics of morocco ,and also overlooks the sea ,we will see the crenellated red ocher walls, more than 5 km long in total and built in the period of ruling the sultan yacoub el-mansour ,which give the city a very special character that distinguishes it. you will cross the medina and its souks ,more authentic than others because the products of shops have turned to local customers .than we visit the Kasbah of the udayas ,erected by a terrible tribe of predators in the twelfth centry .then we visit Hassan 2 tower ,where 4 facades are decorated different from each other,three in shades of pink and one in the gray because of the sea breeze ,the remains of the old mosque and the Mohamed 5 mausoleum next to the tower ,a masterpiece of Moroccan traditional architecture ,full of valuable materials from around the world and splendid decorations .from there you will return to the new town to see the royal palace ,residence of king the merinide dynasty .Dinner and overnight at hotel.

rabat meknes volubilis fez After your breakfast in the hotel, we will depart to Fes via Meknes. In Meknes you will visit Sultan’s Stables, Moulay Ismail’s mausoleum, Koubba El Khayatine, the majestic Bab Mansour, and El Hdim Square. then we visit the ancient Roman ruins of Volubilis and spend a few time exploring the 2000-year-old ruins and getting a picture of life during the Roman EmpireThen we will continue to your hotel in Fes where you will spend your night.

After Breakfast you will begin your guided tour of the medina, one of the world’s largest walled in cities. You will explore the narrow streets lined with fresh fruit, mounds of spices, intricately woven Berber carpets and many other art objects of Morocco. you will visit Mosques including the Quaraouiyine Mosque founded in 859 by Fatima el Fihri and the Andalusian Mosque dating back to 860. Entry is not permitted to non-Muslims ,Fountains including the Nejjarine fountain,Medersas (Koranic schools) founded as early as the 13th century ,Batha Palace now a museum of arts and traditions,Chouwara Tanneries ,Souks including Souk Attarine, one of the liveliest in the city ,Bab Boujloud with its green and blue ceramics ,Mellah and the 17th century Ibn Danan synagogue,the Kings Palace,in the afternoon visit the borj north or south to see the old medina from the top and sunset. overnight and diner .

After an early breakfast you will begin your ascent We pass through Ifrane, a winter ski resort in a totally un Moroccan style built by the French in the 1930’s to resemble a Swiss village; drive across the Middle Atlas Mountains. Most of the day will be spent winding your way through the beautiful forests, jagged rock faces, and Berber villages as you cross the Atlas Mountains and begin to descend towards the Sahara Desert. Half way, you will stop for lunch in the town of Midelt, famous for its fossils and rocks. On arrival at the Kasbah in Erfoud, a hot shower or dip in the swimming pool (depending on the weather) will be a treat after the drive. Diner Will Be serve in the hôtel.

Departure from erfoud after breakfast to visit the village of rissani ,the place where the alaouite dynasty established (ruling now in morocco) you will see :the monument historic of sijilmassa the big center of desert trade,the Kasbahs (village fortify) in the area of rissani there is more than 350 kasbah,mosulement of moulay ali charif (the founder of alaouite dynasty),musem of lfida,souk;the big public market in the area .Lunch in a morrocan traditional restaurant ,local food .depart to merzouga you will arrive before the sunset;you will have the choice between spend night in traditional kasbah or in berber tent in the middle of the dunes by camel .

After a special Berber breakfast, You’ll depart towards gorge dades , traveling the rugged Road of a Thousand Kasbahs that rise up like turreted sand castles along this ancient caravan trading route.. The central region is one of the most exciting and romantic destinations of Morocco nestled along rich river valleys, palmeries and burnished mud-brick homes ablaze in vibrant color under the shelter of the blue desert sky. We’ll travel through the ziz Valley past dramatic escarpments and plunging gorges via Tinghir. We’ll stop for a lunch at a local restaurant in the villageafter a walk in gorge todra we will contunie towards a dades gorge ,over night and diner .

In the morning after breakfast you will have a walk to explore the dades gorge then you travel through the Draa Valley with its numerous palms groves and berber villages.when we reach ouarzazate we will have a visit for the city to see the atlas studio and the Kasbahs ,over night and diner .

ouarzazate taroudant agadir We pass by the Kasbah of Ait Benhaddou, included in the UNESCO World Heritage list. Departure for agadir in the way will pass in several small villages and historical kasbahs ,we will visit taroudant then we countinue the way through the mountains we reach agadir in the afternoon ,overnight and diner .

After Breakfast you will have another Full Day to Relax in the beach ,Explore Agadir More or May Day trip around Agadir , Overnight in Hotel

Agadir, often called the Miami of Morocco, the centuries-old Berber village of Agadir is a favorite seaside resort for Europeans and Moroccans alike, who are drawn to its serene elegance and charm. The indigenous people of North Africa form the Berber tribe. Predating the Arabs, these herders and rug-weavers maintain their pre-Islamic rituals and beliefs, a heritage that can be traced back to the Neolithic Period,after lunch depart towards the coastal town of Essaouira. This typical Portuguese harbour, with fine examples of both Moorish and Portuguese art, was the setting of the film Othello.over night and diner .

Day full exploring Charming small town, Essaouira is the Old Portuguese city of Mogador. It was fortified by a French architect Vauban follower. These influences have given a beautiful and unique result. Today, the city is gradually becoming a city of artists. Lunch in the port of essaouira with fresh fish .Essaouira has a very favourable microclimate that ensures a mild winter and cool in summer. I’ll also mention a beautiful beach, protected by islands Purpuraires. Artisans of Essaouira are famous for inlay on root growth cedar and offer a wide range of items from the souvenir to parts of furniture and works of art. Overnight in essaouira in your Hotel .

essaouira marrakech In the morning depart towards Marrakech the iPearl of the Southi, the kingdom’s beating heart. The city is symbolized by the liveliness of Djemaa el Fna square, the Koutoubia minaret. You will start an orientation tour until coming at Djemaa El Fna where you will be amazed by the dancers, snake-charmers and narrators. Dinner and overnight at your Hotel .

After breakfast, you will have full day tour to visit Marrakech. The visit will include: the Menara gardens, a magnificent pool surrounded by flowers, the Koutoubia Minaret, the Saadian Tombs, the museum of Dar Si Said with the best display of Berber arts and crafts, and the Bahia Palace…lunch will be in local restaurant, after that we walk through the colorful Souks of Marrakech. The day will concluded with a sunset drink overlooking the Jamaa El Fna square. Dinner and overnight will be in your Hotel .

Private transfer to the airport in Marrakech or In Casablanca. 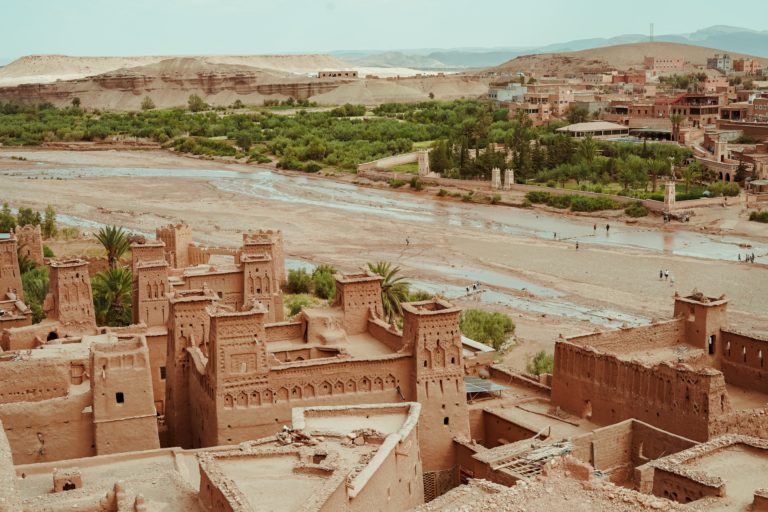 8 days 7 Nights Tours From OUARZAZATE TO MERZOUGA AND VALLEYS 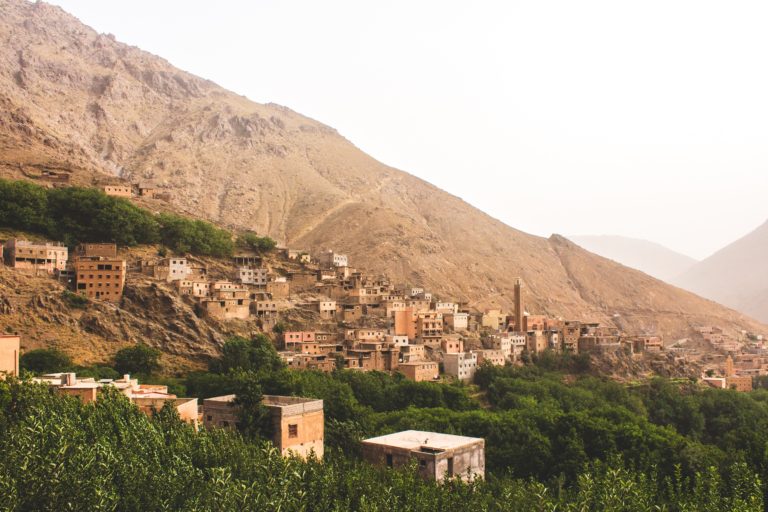 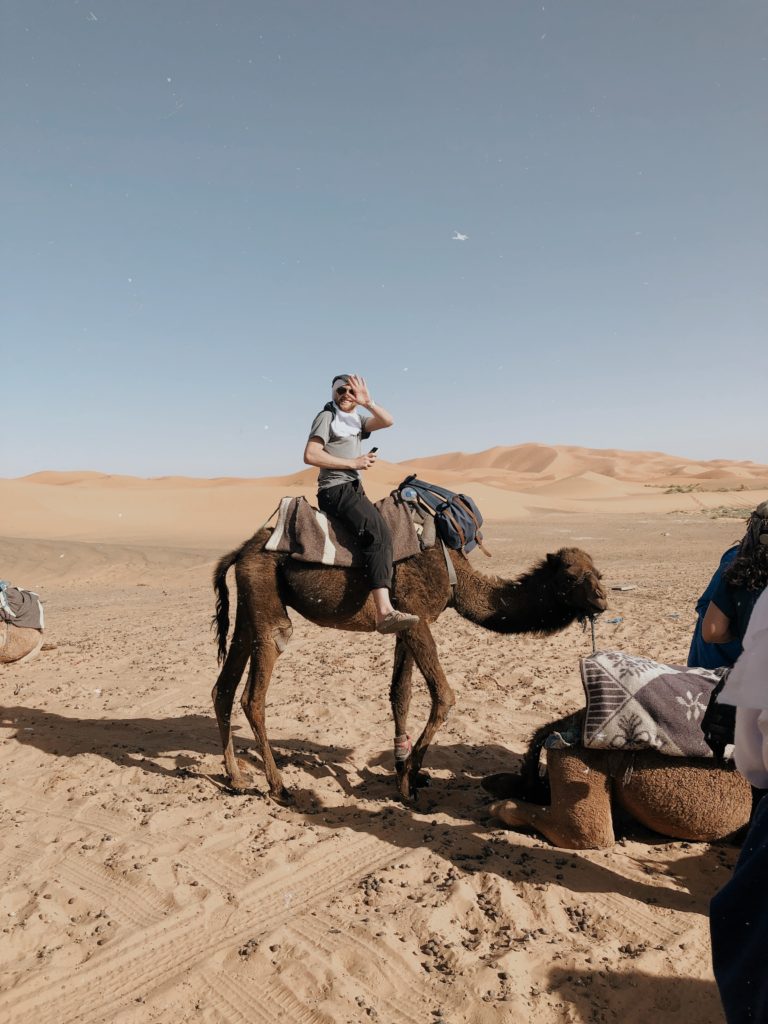